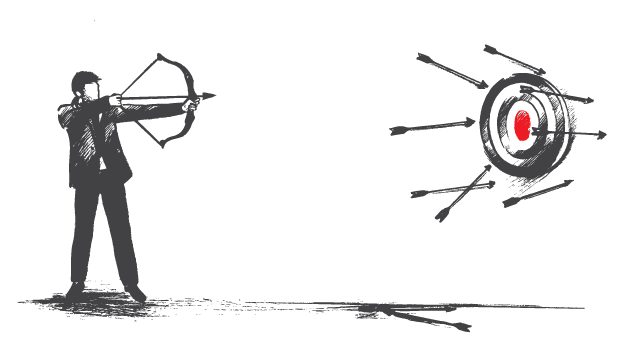 “It’s impossible to live w/out failing at
something, unless u live so cautiously that
u might as well not have lived at all.”
~JK Rowling

It’s ironic that I’m beginning my blog with a JK Rowling quote. I happen to be the one person that has never read a Harry Potter book or watched a Harry Potter movie. When I first heard about Hogwarts, I stopped eating pork thinking there was a dreadful disease affecting – “the other white meat.” That being said, JK nailed it with this reminder!

Earlier this year I was working with employees of a new client and reviewing the behaviors that define their unique culture. We were having a discussion about PRACTICE BLAMELESS PROBLEM SOLVING, and the importance of attacking the problem, not the person, when a mistake is made, or problem arises. It’s a fundamental that really gets the socks going up and down for most of us. The reality is that mistakes provide us with opportunities to learn and be better because of them. This resonated soundly with one gentleman in particular and he spoke up. “My father taught me as a child – it’s ok to F.A.I.L.” At first I was appreciative of his spelling help, but then he went on to share what it stood for -First Attempt In Learning!

It goes against our instincts

Most of us run from failure like an angry dog is chasing us. Remember the character Ed Harris played in Apollo 13 proclaiming, “Failure is not an option”? We’ve all been raised to get it right. To avoid mistakes. To do what it takes (within the rules) to succeed. And yet, if we spend our life fearful of failure and mistakes, we miss many great opportunities to learn – to push ourselves to new limits – to try out new ideas or processes – and to improve!

Avoid failure and you side-step success

In our last blog, my colleague Al Curnow wrote about how creativity is stifled in an organization where blame prevails over learning. Think about how your own personal progress is restrained because your fear of failure gets in the way of speaking up; of trying something new; or from going all out and committing 100% to your goal(s). An avoidance of failure is an avoidance of future success.

That being said, we don’t want a “failure free-for-all.” First, we need to focus on learning why we failed or made the mistake. Then we need to make our adjustments and corrections and then not make the same mistake again. Our failures and mistakes don’t define us, how we handle them does!

Failure is the foundation of success

I’m so thankful for the guy at 3M whose “failure” led to the Post-It Note. Life just wouldn’t be the same without it. Or think about each of us giving up and throwing in the binkie after our 91st attempt to walk as a baby. We didn’t have a fear of failure – we had a relentless commitment to get the job done and stuck with it until we succeeded.

If you’d like to learn more about how you can drive a culture that is relentless about improvement and success while supported by mistakes and failure, shoot us an email, give us a call, or check out David Friedman’s latest book, Culture by Design.

Join us at this year’s Culture Summit, October 10, 11, 12 at the Grand Hyatt Atlanta in Buckhead.