Some of you know I spent 20+ years in the wonderfully sexy and romantic insurance industry.  Talk about the challenge we all face in our commoditized industries of standing out in a crowd!  I often felt like a needle in a haystack and the color of my needle was “haystack”.  You see, the challenge in the insurance brokerage industry was we all tended to look alike, sound alike, smell alike, and walk alike.  We even enjoyed the routine of going to all the same vendor partners for exactly the same insurance plans at exactly the same price.  The concept of differentiation seemed like fake news!

Fortunately, for those 20+ years I had the pleasure of working for firms that had established a competitive edge – CULTURE!  When we were finalists for a potential new client relationship, we were part of what we referred to as a “broker beauty pageant” –  a day when the prospect invited all the “hay” (oops, I mean brokers) to a final presentation as we competed for the coveted “we choose you” announcement.  A very common question in these meetings would be asked: “What is different about your firm and why should we choose you?”  Here\’s the moment of truth.  Most, if not all, recited the same answer as they released the doves and played soft music, “It\’s our people!”  I mock the answer, even though it\’s the right one . . . if you can prove it!

The proof is in the pudding

For those of you who\’ve read our previous blogs, you know our “pudding” is the “Way Card” – the document that clearly defines the behaviors that are fundamental and critical to your sustained success.  For you to prove that your culture (how your people act and behave) is your true differentiation, then you must define what your culture actually is and describe what you do to ensure you\’re living, breathing, and improving it!  Our ability to prove it, enabled us to out-sell, out-hire, out-retain, out-perform, out-manage, and out-lead our competition.  We became the neon colored, blinking-light needle in the haystack!

In the book, The Advantage, author Patrick Lencioni strongly articulates the case for organizational health (Culture). He refers to it as the single greatest advantage any company can achieve.  He also points out the 3 “biases” leaders have that prevent them from embracing this sustainable competitive advantage: 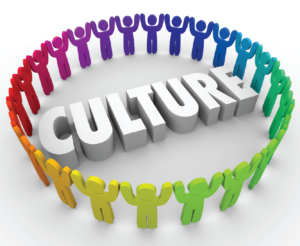 If you\’d like to learn more about High Performing Culture, just give us a call or shoot us an email.